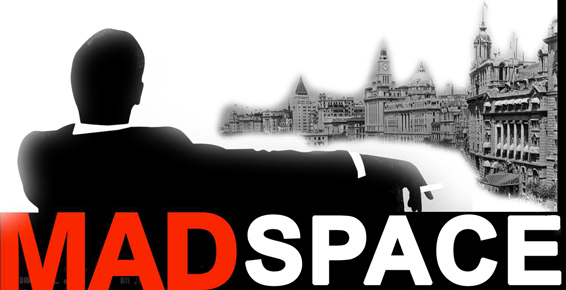 This little guide aims to explain the classification of materials and the terminology adopted in the tool bar on the left.

"Raw data" refers to primary materials, known as "sources" by professional historians, the very starting point of any research process in history. My spatial history of advertising in Shanghai includes a wide yet uneven range of both textual and visual sources (for a more detailed list, see the "references" section):

Archives: considered as the most "traditional" sources for historians, archives are produced and preserved by institutions, companies or prominent individuals. They are usually quite well-preserved, referenced and classified. To make up for the mysterious "disappearance" of the archives of the advertising agencies themselves, Shanghai historians may rely on the Shanghai Municipal Archives as an incredibly rich source to document street advertising. This corpus may be enriched by reports extracted from the U.S. National Archives (NARA), as well as the personal papers left by advertising professionals (Carl Crow, Missouri), businessmen (Norwood Allman, Hoover Archives), journalists, foreign travellers and diplomats (Commercial Attaché Julean Arnold, Hoover Institution Archives).

Printed materials: Books and journal articles dealing with advertising, published by professionals at the time (commercial handbook, tourists' guides, market surveys, various reports, business directories...), as well as memoirs and autobiographical works - such as Carl Crow's Four Hundred Million Customers published in 1937. Compared to the early and abundant production of advertising handbooks in Europe and the United States, such materials are quite rare in Shanghai and China at the time.

Press advertising: this section includes advertisements published in two major newspapers in Shanghai : the Chinese daily Shenbao (1872-1949) and the British North China Daily News (1856-1951). These two papers have been selected for their extensive readership, their relative longevity and availability (digitization). In a connectivist perspective, this primary bulk could be further extended to other newspapers and periodicals (Liangyou), both in Shanghai and beyond. Press advertisements are highly complex materials, hybridizing texts in various languages and linguistic registers, as well as symbols, logos, pictures and even photographs.

Photographs: Mostly street photographs collected on various websites (Virtual Shanghai, Common People, Pinterest, Flickr, among many others). No consistent collections of advertising or street photographs could be found "ready-to-use", neither on the web nor in any physical repository. Thus our photographic corpus consists in a patchwork of images, uneven in quality, as well as in time and space coverage. As metadata are often lacking or provided in loose terms, such images are often resistant to datation, location and exploitation for historical analysis. They nonetheless provide invaluable information regarding the physical and social aspects of advertising (dimensions, materials, environment, passers-by's reactions or indifference...).

Sketches: Sketches, charts and drawings of billboards or other advertising artifacts, which were attached to any application for permit, and have been carefully preserved in the Public Work Department files at the Shanghai Municipal Archives. Despite their uneven quality and time-space coverage, they nonetheless offered valuable sources on the physical dimensions of advertising, the manufacturing process, as well as the practical applications of the municipal regulations in terms of safety, police, traffic or aesthetic requirements. These sketches were available only on microforms. Due to the restrictive policy adopted by the Shanghai Municipal Archives regarding the reproduction of original documents, there was no other solution but to reproduce these sketches by hand after careful observation. We apologize in advance for graphical imperfections.

Maps: original maps are not as important as "cooked" maps produced by Geographical Information System (see section "Cooked Data"). Focused on Shanghai, most of these maps were borrowed from Virtual Shanghai to assist and re-embody the process of locating advertisements or companies within the city. Only a few maps are novel documents extracted from the archives or printed materials - such as the original map produced by the China Commercial Advertising Company in 1936, designed to show the extent of its networks throughout China and beyond for obvious self-promotion purposes.

Videos: only a few commercial films were produced during our period of time (1900-1949), and even less have been preserved until today. On documentary films shot in the street by travelers or news agencies, advertisements made too brief appearances to render movies as valuable as photographs for historical analysis.

"Cooked data" refers to the materials produced by historians from primary sources during the research process. This platform offers various types of "cooked" data:

Drawings: a set of hand-made or unsophisticated graphic representations suggesting alternative ways of visualizing historical information (circles, crosswords, trees, snakes and ladders...). As fancy as they may seem, they are believed to be inspiring materials, while relying on strong principles rooted in Bertin’s “Semiology of Graphics”.[1]

Trees: these mind maps made with the X-Mind application aim to visualize complex networks and relationships between various actors (companies, brands, products...). Due to their complexity, even illegibility, they were designed as research rather than communication tools.

Timelines: a set of interactive timelines produced with the web application La Ligne du Temps. They are used to periodize the specific history of advertising, to trace and compare companies, products, brands and people's lifetimes.

This section includes various types of narratives produced at different stages of my research, from the most conventional dissertation (PhD dissertation), to preliminary notes and published articles (conventional Essays), as well as more experimental visual essays written with Scalar or using the new digital tool Vizstory (Visual Essays).

This section offers a list of bibliographical references related to the history of advertising, urban and spatial history, in Shanghai and beyond. "Primary sources" overlap with "raw data" and cover major repositories and archival institutions, while "secondary sources" refers to books and journal articles written by contemporary scholars.

Generally speaking, databases are organized collection of data. In contrast to the "tables" previously described, databases are flexible and constantly open to modifications, as well as directly connected to any other data hosted on this platform. The section "Databases" includes a set of four tables aimed to structure and connect four categories of data, which were found essential to the history of advertising: